2012. The ‘Life of Pi’ movie was released and eventually, it won 11 Oscar nominations. My mom’s friend even recommended me to watch the movie with my parents. And since then, I’ve been on a hunt for this book. I have to confess that I did watch bits of the movie as a kid. And now, five years later, I finally have read this book by borrowing it from the local library. Imagine the ecstasy I felt, double that with the humongous grin I had on my face when I actually held the book in my hands. The first thing I did was to open the book and smell its pages. I know, I’m weird. I’m being totally honest, but, the hype around the book was so much that I had to read it, considering the fact that it bagged the Man Booker Prize 2001, I was completely sold. Little did I know that I would not just ‘like’ this book but I would absolutely fall in love with this book.

It took me less than two pages to become completely immersed in the story. It is safe to say that Yann Martel’s narration is that compelling. His narration is exceptionally beautiful, humourous and magical, yet, at the same time, never loses its simplicity. Lucid to read, but leaves a deep impression on the reader‘s mind. Now, I have to appreciate the amount of research that has gone into this book. The sheer amount of facts that Martel provides to the reader is amazing. The depiction of India, especially Pondicherry and Madras was incredibly done that I definitely need to laud the numerous people who have contributed to this book in various forms.

Piscine Molitor Patel, our main character is the most realistic of characters I’ve ever read about. He is one of those characters, who are remarkably bright, thoughtful and offer you a lot to also think about. Pi believes that every religion leads to God and practises several other religions along with Hinduism, terming it as ‘taking the leap of faith’ to believe extraordinary things. Character wise, he questions human qualities a lot and at the same time, gives serious insights into how he sees the world. Pi is optimistic and never loses hope throughout the book, even in dire situations.

Pi’s family owns a zoo and when they decide to move almost half way across the globe, to Canada, they climb aboard the Tsimtsum but unfortunately, the ship sinks leaving Pi and an array of animals behind as the only survivors, on a lifeboat. Eventually, all it comes down to is Pi and Richard Parker, a fierce Bengal tiger. This is where you must keep reading. Many of the people who have reviewed this book say that it was very tedious to read it. Yes, that is because Martel packs information and beauty in his seamless writing, which most of the people often tend to miss. Pi’s genius brain is soon revealed and he fervently hopes that he is rescued  by a ship and the reader is left wanting the same too. Richard Parker, on the other hand, is a serious threat to Pi. In over 100 pages, Pi manages to tame him and says, at the end of the book that the tiger was the only thing that kept him alive with burning hope and never once made him not believe in God.

It is important that one grasps the message sent out by this book because that is where the true understanding of this book’s content lies. ‘Faith‘ requires nurturing and when one believes that he is faithful, he has truly seen God. ‘Life of Pi’ is a spiritual journey. I’d say that what Martel was really trying to convey here, is the belief that a supreme power does indeed exist. However, you have a choice: believe, disbelieve or doubt. In its essence, it reminds you of hope, sorrow, despair and the triumph over various obstacles in life.

A perplexing second story, after 300 pages of the ‘tiger’ story entirely shakes the carefully constructed world in your head. I don’t want to spoil anything, but I need to ask this one inevitable question that can be seen, well, in practically every review of this book. Which story do you believe in? I believe in both the stories, but the ‘tiger’ story, although unrealistic seems real to me. The second story, however, shows the evil side of humans and is horrifying but sad. I read a couple of discussion threads and many do believe in both the stories. It, honestly is quite puzzling.

‘Life if Pi’ was an eye-opening ‘experience’. It dealt with several themes and succeeded in giving out a bold message to the readers. It is a book that you need to read again and again, as only then will the whole beauty of this extremely wonderful piece of literature emerge right in front of you. Humourous, hopeful and lingering, ‘Life of Pi’ is not one of those books you can easily forget. It gets etched in your heart and you cannot erase it.

Life of Pi Discussion Threads: (spoilers, click at your own risk)

That’s it! Hope you guys like this review and let me know your thoughts about ‘Life of Pi’ down in the comments!

Also, I changed up my reviewing format a bit. I’m not going to be including all the details of the book but I’ll simply be linking it to the goodreads page so that my reviews are not cluttered!

What is Anj Reading? 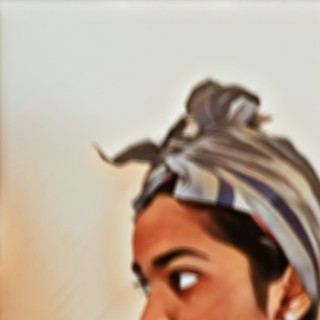 Spread the word, if you like what you just read!